Aloo means potato in Urdu and keema is mince meat. Aloo keema is staple in every Pakistani home. It is super simple to make and this recipe is particularly easy. It is one pot simple recipe but has great taste.

Cooking time is a bit longer than usual since, we are slow cooking but I find it really easy to manage. As, I just need to put all ingredient in pot and let it slow cook while simultaneously, I can cook rice and then roti. Afterwards, I remove the lid of keema and let it simmer with frequent stirrings here and there till water dries simultaneously doing dishes and clean up. After adding potatoes to the mince, I set the table make salad. So, with a little management a hearty meal that everyone loves is ready to enjoyed. The whole process would take around 60 minutes. And, you can always pressure cook for 10 minutes to cut slow cooking time.

My other similar mince recipes 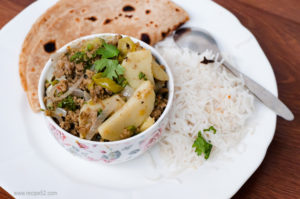 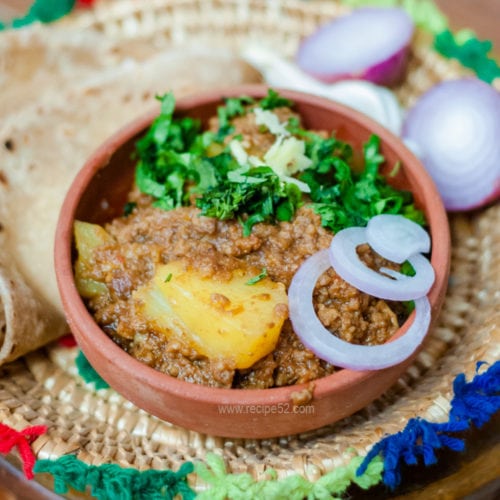 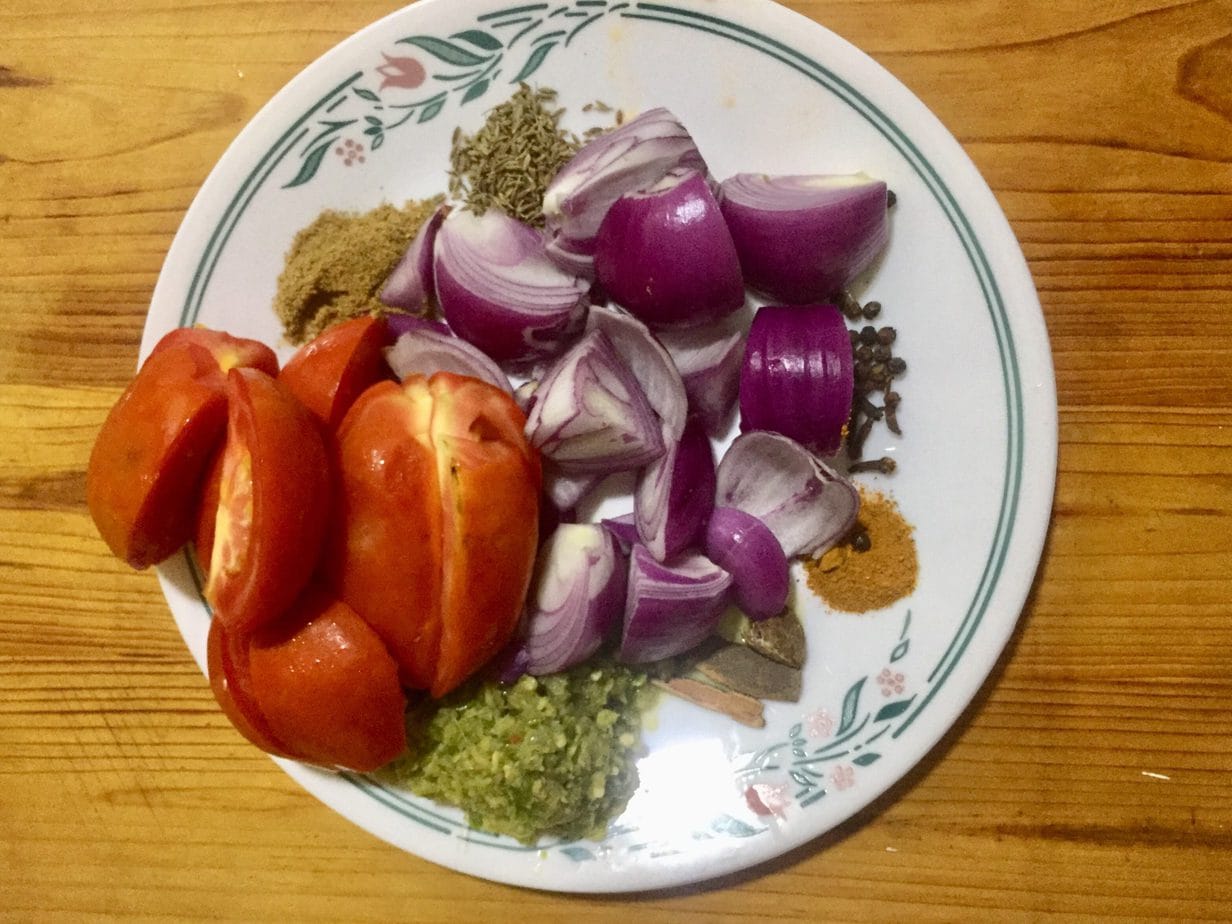 Put all list 1 ingredients and mince in pot and cook for 5 minutes on medium heat with lid covered.

When all ingredients are soft, mix well.

Now cook for 25 minutes on slow heat with lid tightly covered. (You can also pressure cook for 10 minutes.)

Remove lid and cook for 7-10 minutes on medium to high heat with frequent stirring. Cook till water dries and oil separates on the sides. (Bhunofy)

Add potatoes. (You may add less or more potatoes. You can also add boiled green peas at this stage for aloo matar keema.)

Mix well and make sure all potatoes are pushed below the gravy for even cooking. 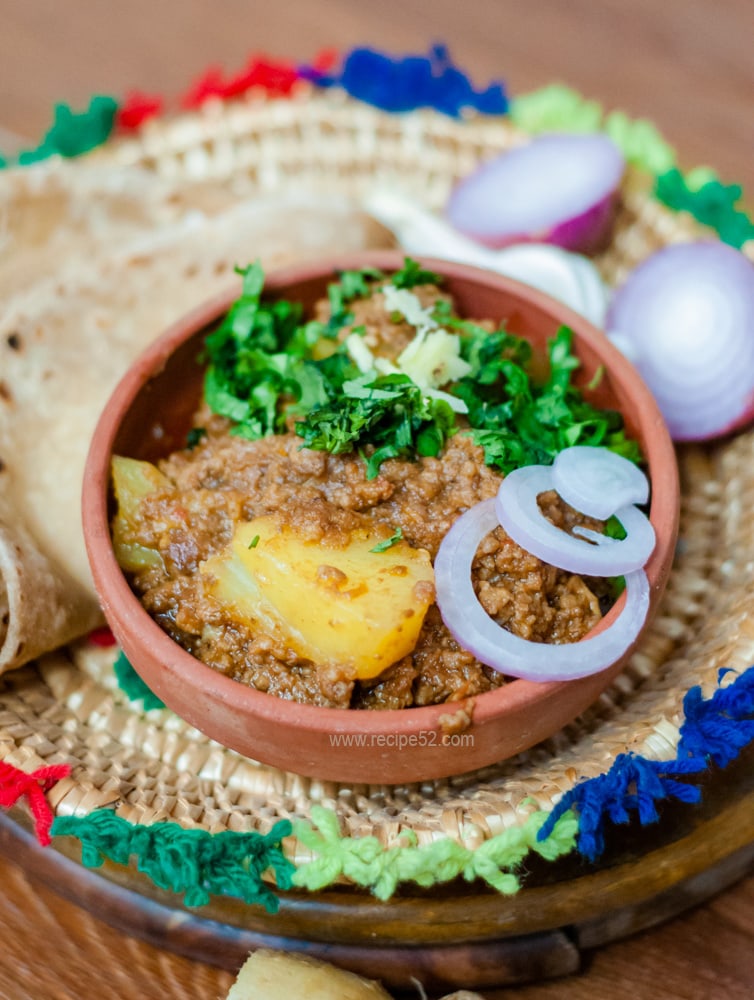