Try this spicier and more delicious version of shepherd's pie, the Indian Shepherd's pie! is so good!

Shepherd's pie is an Irish classic dish. The dish has cooked lamb mince with vegetables as a base and mashed potatoes are served on top of it. The dish has usually finished with some cheese and herbs.

A great pie for mince lovers, the mashed potato layer is also rich and creamy. A yummy pie loved especially by kids due to the thick layer of mashed potatoes. The addition of veggies like carrots, peas, and corn makes it further tempting to kids.

Why it is called so?

You might be amused by the strange name of this pie. Since it is made with lamb/mutton mince. And shepherds look after the sheep so it is called Shepherd's pie. Although, with passing time variation is added and you may make it with beef or chicken mince too if you like.

Shepherd's Pie without oven: The mince and mashed potatoes both are cooked, we are baking just to melt the cheese and for the golden top. So you set the mince in the pot and cover it with potato. To melt cheese, cover the pot. Garnish with bread crumbs and herbs.

Hungry for more? Try these! 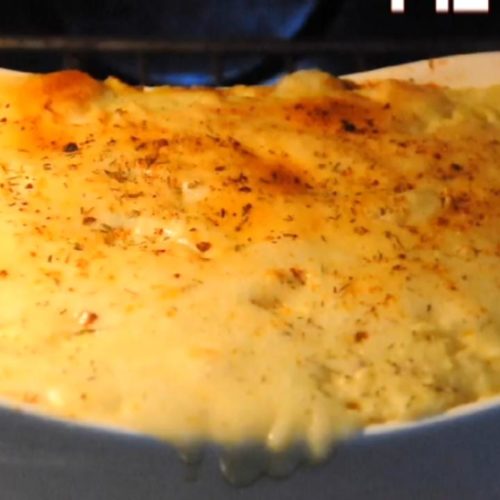 You can take up to 1 kg potatoes if you like a lot of mashed potatoes.