Home » Cooking Tips » Why Gelatin is not Setting! How to fix it?

I have a confession to make! I hated the recipes that called for gelatin. I would rather use lemon-flavored regular jelly in a recipe instead of gelatin. And my mould would turn out perfectly every time with jelly but not with gelatin.

Why isn't my gelatin setting?

Setting a souffle or salad with gelatin was always an uncertain thing for me. Sometimes, it would set just right, and sometimes it won't. After many good and bad experiences ( all dreaded once), I learned my lesson and I wish to share my lesson here.

Gelatin is simple stuff made from animal parts; skin, hooves, and bones. The science behind gelatin is that it's a protein that sets upon cooling and liquefies upon heating. Have you noticed, the beef/chicken broth made from bones also sets like jelly when kept in fridge?

Gelatin is 70% protein that forms a matrix of chain between gelatin molecules in the dessert or salad or jelly that holds the liquid. It gives a dessert, salad or pudding a proper shape that can be unmolded.

What is bloomed gelatin?

The powder gelatin is made up of transparent yellowish crystal. You can't use it in a recipe directly. You need to dissolve the crystals in any liquid (preferably water, milk would take more time) completely. The process is often referred to as the blooming of gelatin by chefs. If you bloomed gelatin correctly and your ratio of liquid to gelatin is correct, your dish should be set easily. 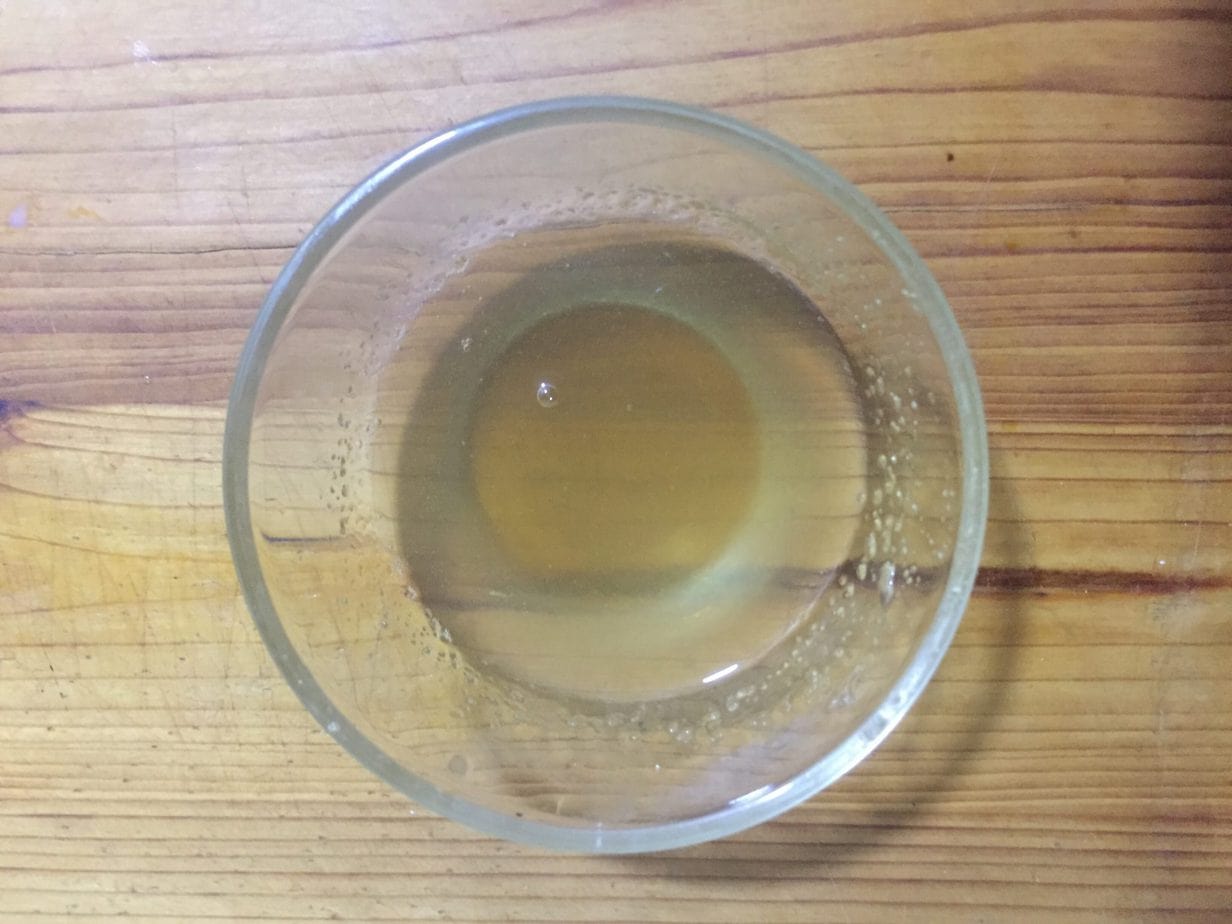 If your dish won't set?

No need to worry. Heat the liquid. The heating will make gelatin crystals bloom well. And you can fix the dish that is not set by heating it. You can also mix more bloomed gelatin while heating if needed.

There is one disadvantage of heating. Something delicate like souffle would go flat and lose its sponginess. The air trapped by beating will be released. However, it will set and will be soft but not spongy and light.

You can heat on the stove or microwave, but keep stirring frequently at short intervals. You just need to heat and not boil it. Keep the heating process to be a stage before boiling point. Since gelatin is a protein that denatures overheating and losses its efficiency.

Why does store-bought jello set easily?

Remember, in the beginning, I mentioned that using a regular jelly (don't confuse it with a quick set) in dessert instead of gelatin always got me the desired result. Here's why it is so.

Sugar and gelatin both love water and compete for it. So the right amount of sugar will give you a shorter chain and softer dessert. Ideally, you need to mix sugar with gelatin before adding water or other liquid. Since the jelly always has sugar mixed with gelatin prior to cooking, it always works best.

So the takeaway here is that when gelatin is used in presence of enough sugar, it is softer and jelly-like.

Best way to use gelatin for desired results.

Since I use gelatin crystals in most of my desserts and here's the tip I learned over years.

Gelatin crystals need to be hydrated in lukewarm water or other warm liquids (like milk or juices) so the edges of the crystal absorb water. Keep stirring at regular intervals until dissolved.

If you mix gelatin in hot liquid directly, the water will not reach the center of crystal and the crystals will stick together. So beware of it, that will not let your gelatin bloom.

How to bloom gelatin?

Over a hot water bath, keep a bowl of gelatin. (Just boil water in a pan and keep heatproof bowl in it, remove from heat.)

Add lukewarm liquid to the gelatin crystal. It may be water, juice, or milk. Mix at regular intervals until all crystals completely dissolve, about 2 minutes. No gelatin crystal should be lingering around the vessel or spoon, all should be dissolved.

Keep the bloomed gelatin in a hot water bath until needed in your recipe. If gelatin solidifies heat again on a slow flame until melted without boiling.

Then add bloomed gelatin as the recipe calls for it. And the mould should set easily.

The simple ratio for gelatin powder to liquid

Things to know about gelatin

How long does gelatin take to set?

After adding gelatin to the recipe mix well so gelatin molecules are spread all over the dish. Then let it sit in a cool place or fridge to set for at least 4-6 hours. Do not mix in between.

How to dissolve gelatin?

Add lukewarm water to the gelatin crystal. Mix at regular intervals until all crystals completely dissolve, about 2 minutes. No gelatin crystal should be lingering around the vessel or spoon, all should be dissolved.
Keep the bloomed gelatin in a hot water bath until needed in your recipe. If gelatin solidifies heat again on a slow flame until melted without boiling.

How to fix jello that didn't set?

Heat the liquid gradually without boiling it. The heating will make gelatin crystals bloom well. And you can fix the dish that is not set by heating it. You can also mix more bloomed gelatin while heating if needed. But heating can spoil a few delicate foods like fruits and deflate the cream. So do it with precaution.

How to fix lumpy gelatin?

If gelatin gets lumpy, it meant that the gelatin was not mixed properly. You try heating it gradually without bringing it to boiling point. Try melting the gelatin and mixing it evenly. But the result is doubtful and depends on the dish itself.

Hungry for more? Try these desserts!