Step by step recipe of Bohra Kaari masala with photos of each step.

Bohra Kaari Chawal is traditional Bohra curry. The main ingredient of this masala are cashew and star anise. Star anise is a very strong spice with intense and peculiar aroma. I’m using many ingredients but few are optional like pumpkin seeds and almonds.

For best taste use only cashew and no almonds, but commercially people use almonds and lots of peanuts to cut on amount cashew used in masala.

I have added all spices like red chilli, coriander, turmeric in masala so you just need to fry masala and add pour coconut milk. Tweak the recipe  in whole spices to increase spice level as per your taste. 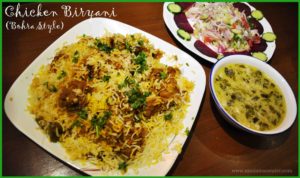 How to make Bohra Kaari masala? 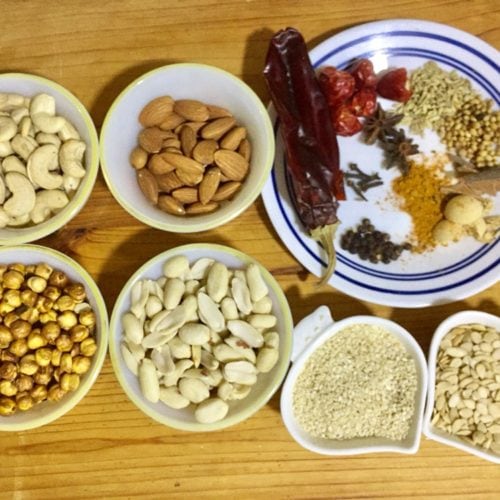 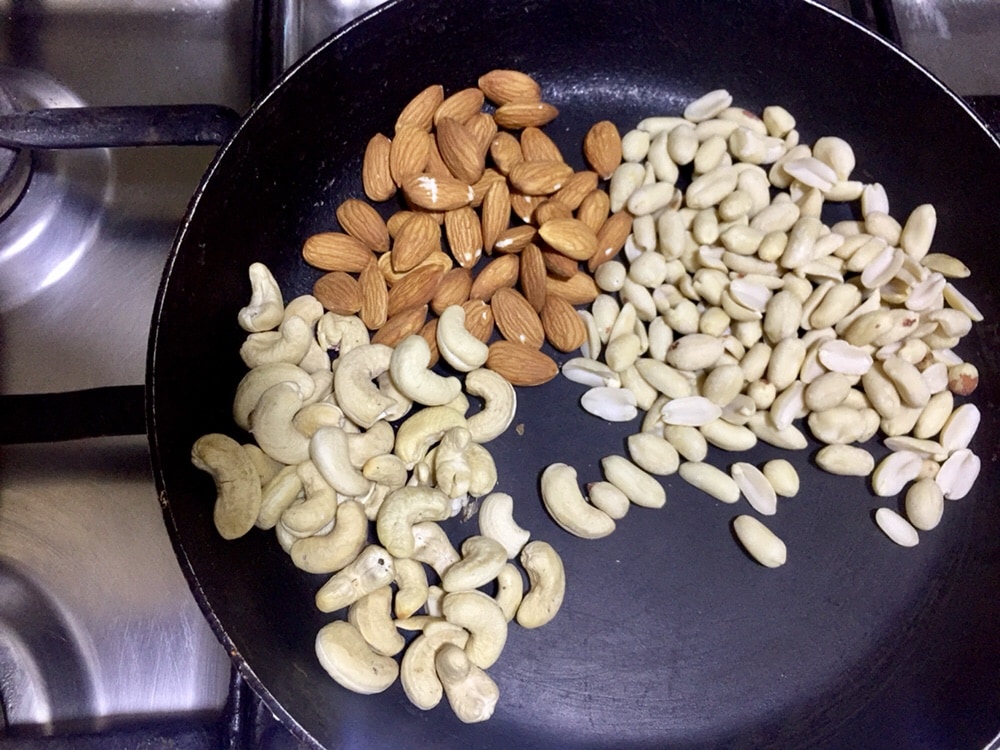 Roast nuts separately as nuts will require slightly more time to roast compared to spices. You can omit almonds and use twice the amount of cashew,  if you want. 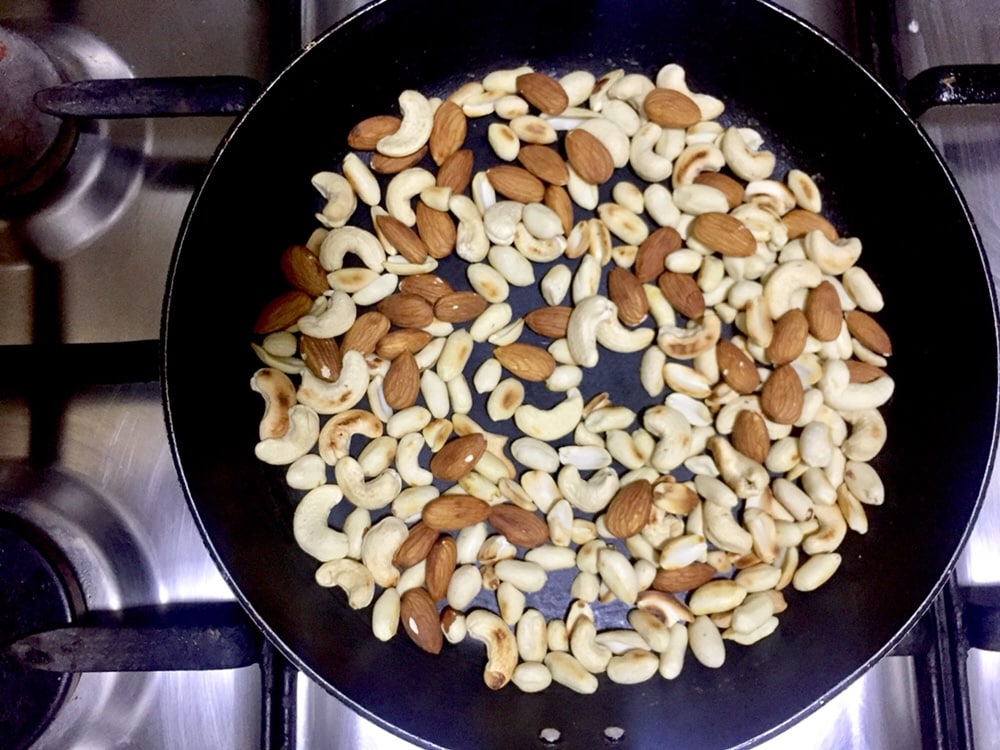 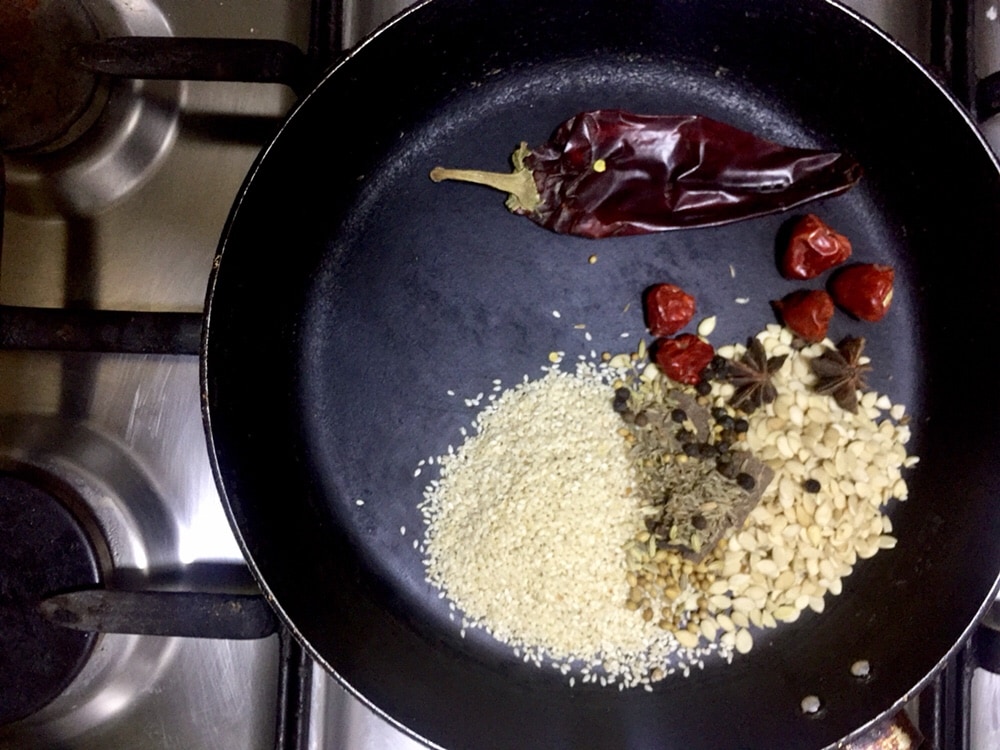 Next roast seeds and spices until fragrant. 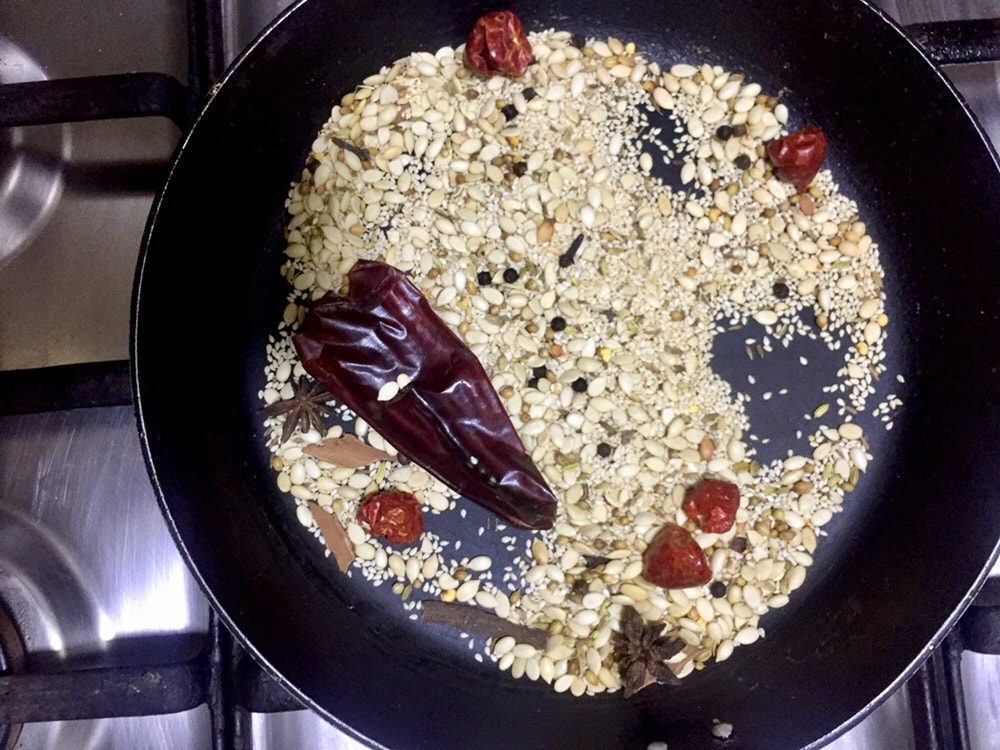 You can see a slightly darker color here. Let the spices cool before grinding. Then mix in salt, turmeric and ginger powder.

Store in clean and dry airtight jar in fridge.